The University of Michigan’s Democracy & Debate Theme Semester events provide an opportunity for learning and engagement across multiple platforms. The theme semester events seek to explore broadly three areas: free speech and exchange of ideas, what it means to be a member of a democratic society, and democratic engagement from a global perspective. These events and activities provide a forum for exploration and discussion of a range of issues at play during the 2020 election season, from structural racism to public health and inequality, immigration and climate change, voting rights, voting security, free speech, and mass incarceration.

Our collective goal is to provide unique opportunities for learning about the multifaceted social elements that constitute a democractic society and for engaging in that learning as an active member of our community. Through these activities, we seek to establish habits of active and informed democratic engagement as we continue to grapple with the multiple challenges that confront our nation and our world. Our list of events continues to grow, so we encourage you to check back frequently!

Jan 18, 2021 1:00 pmVirtual
Public Monuments and Our Histories: Reframing the Memories of Our Nation

Public monuments, public spaces, and museums shape the shared understanding of our nation’s history. From the removal of Jim Crow-era statues of Confederate leaders in cities across the country to the opening of the Legacy Museum and the National Memorial for Peace and Justice in Montgomery, AL, a dramatic shift in our perceptions and ideas about  the complex heritage of our monuments and museums has occurred over the last five years. More recently, the country has considered the role of monuments and the narratives they perpetuate with much greater focus and intensity in light of the protest movements for social justice and against systemic racism that swept the nation in summer of 2020.  In honor of the Rev. Dr. Martin Luther King Jr, join us for an important discussion with four national experts on the power that monuments and public spaces assert in creating our nation’s stories. Mitch Landrieu, former Mayor of New Orleans; Earl Lewis, founding director of University of Michigan’s Center for Social Solutions; and Kristin Hass, Associate Professor of American Culture, will discuss the crucial role practice and policy play today in shaping our nation’s legacies, in a conversation moderated by Christina Olsen, director of the University of Michigan’s Museum of Art.

Pausing for a moment of post inaugural reflection, following one of our nation’s most contentious presidential elections, this conversation brings together filmmaker, scholar, journalist and cultural critic, Henry Louis Gates, Jr. with prominent historian Eric Foner to contemplate how a divided nation comes together. The two will discuss Reconstruction, the all-too-brief period following the Civil War when the United States made its first effort to become an interracial democracy.  The period saw the Constitution rewritten to incorporate the ideal of racial equality, but ended as a result of a violent backlash that erased many of the gains that had been made, with consequences we still confront as a nation. The program will also preview Gates most recent project, The Black Church, which will premiere on PBS in February.

Henry Louis Gates, Jr. is the Alphonse Fletcher University Professor and Director of the Hutchins Center for African & African American Research at Harvard University. Professor Gates is an author and filmmaker whose work includes Reconstruction: America after the Civil War, winner of the Alfred I. duPont-Columbia University Award, and the related books, Dark Sky Rising: Reconstruction and the Dawn of Jim Crow, with Tonya Bolden, and 2019 New York Times Notable Book, Stony the Road: Reconstruction, White Supremacy, and the Rise of Jim Crow. Gates’ groundbreaking genealogy series, Finding Your Roots, is now in its sixth season on PBS and has been called “one of the deepest and wisest series ever on television,” leveraging “the inherent entertainment capacity of the medium to educate millions of Americans about the histories and cultures of our nation and the world.” Gates is the recipient of an Emmy Award, a Peabody Award, an NAACP image award, an MacArthur Foundation “genius award,” and in 1998 he was the first African American to receive the National Humanities Medal. Gates was named to Time’s 25 Most Influential Americans list in 1997, to Ebony’s Power 150 list in 2009, and to Ebony’s Power 100 list in 2010 and 2012.

Eric Foner, DeWitt Clinton Professor Emeritus of History at Columbia University, is one of this country’s most prominent historians. Professor Foner’s publications have concentrated on the intersections of intellectual, political and social history, and the history of American race relations. One of his best-known books includes Reconstruction: America’s Unfinished Revolution, 1863-1877, winner of the Bancroft Prize, Parkman Prize, and the Los Angeles Times Book Award. His latest book is T*he Second Founding: How the Civil War and Reconstruction Remade the Constitution* . Foner has also been the co-curator, with Olivia Mahoney, of two prize-winning exhibitions on American history: A House Divided: America in the Age of Lincoln, which opened at the Chicago Historical Society in 1990, and America’s Reconstruction: People and Politics After the Civil War, which opened at the Virginia Historical Society in 1995 and traveled to several other locations.

Lynette Clemetson is the Director of Wallace House, Knight-Wallace Fellowships and the Livingston Awards at the University of Michigan. A longtime journalist, she was a correspondent for Newsweek magazine in the U.S. and Asia, a national correspondent for The New York Times, and senior director of strategy and new initiatives at NPR. Wallace House works to sustain and elevate the careers of journalists, foster civic engagement, and uphold the role of a free press in democratic society.

This event is part of the Democracy & Debate theme semester with support from Wallace House and the Gerald R. Ford School of Public Policy. It is also part of the 2021 U-M Reverend Martin Luther King Junior Symposium.

Feb 25, 2021 7:00 PMOnline
The Next Big Thing: Redistricting in Michigan and the Role of Communities of Interest

In 2018 Michigan voters approved a Constitutional amendment to change how redistricting is done in the state, removing the process from the purview of the state legislature and placing it in the hands of a new Independent Citizens Redistricting Commission (ICRC). The amendment also prescribes priorities the ICRC must address when drawing new district maps, placing the concept of “communities of interest” (COIs) near the top of the list.

While COIs have been a part of redistricting in other states, this is a new concept in Michigan, and is not yet widely understood. This webinar will help educate stakeholders about COIs: what they are, the role they will play in Michigan’s new redistricting process, and how they can strategize and engage effectively in that process.

The event is co-sponsored by the Center for Local, State, and Urban Policy (CLOSUP), the Program in Practical Policy Engagement, Detroit Public TV, the Gerald R. Ford School of Public Policy, and Voters Not Politicians, the citizen-led grassroots organization that spearheaded the effort to pass the amendment. 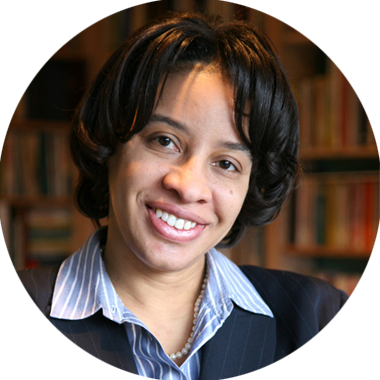 What makes Democracy & Debate distinctive is not only the contributions from across the university, but also the connection to the presidential election season and watch parties for the debates. This gives us the potential to have conversations that span the campus, the state and the globe. We’ve never had a theme semester with this kind of reach.